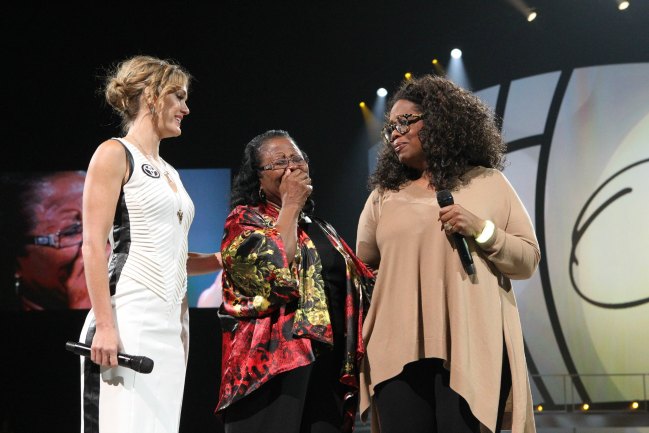 When I told my kids I was attending Oprah’s “The Life You Want Weekend,” in October, they asked whether she was “the real Oprah Winfrey,” and pleaded for me to take pictures of her. And when I came home after the event, they flooded me with a barrage of questions about the event. They wanted me to tell them everything that happened.

Well, I started by recounting the closing first because, despite the empowering, inspirational and witty deliveries by Oprah, Deepak Chopra, Elizabeth Gilbert, Iyanla Vanzant and Pastor Rob Bell, what inspired me the most was the event’s grand finale, which featured none of the celebrity speakers I mention above.

What moved me to the core and made me feel that anything is possible when you want it bad enough and are passion-driven, was the Toyota “Standing O-Vation.” This is an award that recognizes extraordinary people who are making positive changes in their communities and inspiring others to follow suit.

Seeing Team Toyota brand ambassador Amy Purdy, “Dancing with the Stars” finalist and Paralympic Bronze Medalist, walk confidently across the stage with her prosthetic legs in full view made me wish my 13 year-old daughter, who is into sports, were there to see her in person.

Also Read: Being over 65 is no longer “elderly”

When the recipient of the award, Estella Pyfrom, a 77-year-old resident of Miami was told onstage that she would receive a $25,000 grant from Toyota, and another $25,000 from Oprah on top of that, the audience at the American Airlines Arena broke into a standing ovation. I, along with many others, cried—or rather, sobbed—as Estella covered her face in disbelief, shaking her head, obviously shocked and excited by it all.

Her story is pure inspiration. At an age when most people are slowing down, Estella and her husband stepped on the gas pedal. They used their savings and retirement money to create Estella’s Brilliant Bus, to provide underprivileged children with access to computers and technology for education. This is an actual bus with built-in computer stations. Estella’s program so far has reached over 61,000 children. The grant award will help her reach even more children. Her initiative, and especially her enthusiasm, made me realize that there really is a lot to look forward to if you keep following your dreams later in life. 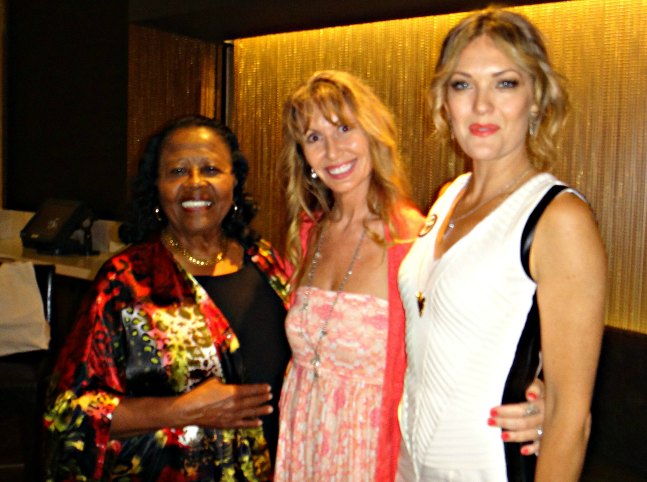 Backstage, I was able to see Estella Pyron in all her greatness, next to the radiant and inspiring Amy Purdy, and chat with them both.

“I just can’t imagine anyone being depressed at my age,” Estella said with a bright smile. “There’s so much to do.”

In my eyes, both women were the real rock stars of the weekend—no offense to Oprah! Amy Purdy is an impressive role model for anyone who’s ever suffered challenges in his or her life. After losing her legs at age 19 as a result of meningitis, Purdy keeps racking up accomplishments that would be impressive even without a disability!

“When the other contestants were deciding what shoes to wear,” she said of her experience on Dancing With the Stars, “I was wondering what prosthetic feet to choose from”.

So, how’s that for inspiration? Those two women deserve a standing ovation every day, just for being alive!

I’m sure you will be touched by Estella Pyron’s story too:

If you don’t know Amy Purdy’s story, you need to watch this:

[Disclosure: I was a guest of Toyota at the “Oprah’s The Life You Want Weekend.” All opinions expressed are my own.]

Bilingual and bicultural Latina editor, writer, speaker, influencer, yoga teacher (RYT500) wife and mom. Founder of Viva Fifty! Published author of 18 books. Her most recent book Your Best Age was released by HarperCollins in September of 2017.