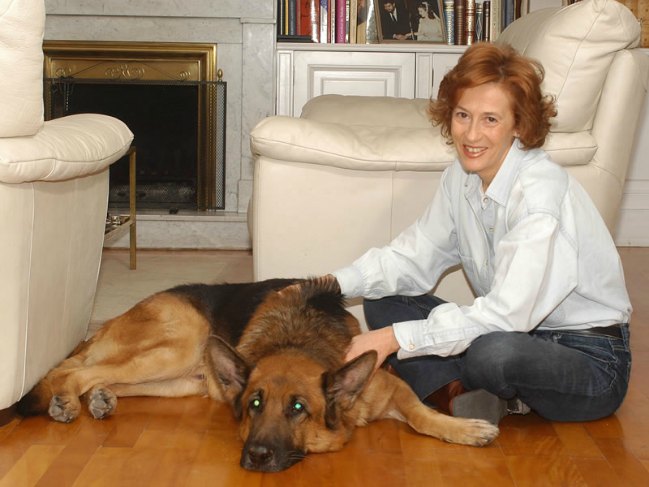 Julia Navarro (Madrid, 1953), a former political journalist, once said she started writing novels by pure chance. Today, with over five million copies of her novels sold around the globe, it’s clear that destiny favored Navarro’s creative side. Her latest novel translated into English, Shoot Me, I’m Already Dead, is a 600+ page odyssey that  Spain’s El País newspaper described as “a novel that begins like Doctor Zhivago and ends like the Book of Exodus.” It’s the story of two families that takes the reader from 19th Century Russia to the Israeli/Palestinian conflict. While her five novels have tackled biblical mysteries, the Spanish Civil War, both World Wars, and tensions in the Middle East, she does not like to be compared to authors like Ken Follet or have her novels labeled as historical.

With her new novel she insists: “I am not offering a historic lesson, but a novel about its characters, of ordinary people who had to make major decisions during a certain moment in history.” This family saga that culminates in 1948 Jerusalem is not only her most ambitious novel yet, it’s a tale filled with real people taking responsibility for their own destinies while overcoming political and religious differences. Here, Navarro talks to us about her writing life, family, and what book she read as a little girl that caused her imagination to run wild.

Also Read: Famous authors who were first published after 50

Viva Fifty.- At what age did you start writing and when did you know that you wanted to be a professional author?
Julia Navarro.- I wrote my first story when I was seven or eight….then I began earning a living as a journalist.  I also wrote books about politics before I began writing novels. But I never planned on being a professional author. I simply wrote. In fact, when I started writing my first novel I didn’t know whether they were going to publish it or not. I would have been disappointed if they hadn’t published it, but I would have gotten over it quickly since I already had a solid career in journalism.

VF.- How long did it take you to write your last two novels?
JN.- Three years for both. There are three years of my life behind Tell Me Who I Am and another three behind Shoot Me, I’m Already Dead.

VF.– Where do you write your books?
JN.- I write at home, in a small office, surrounded by books. 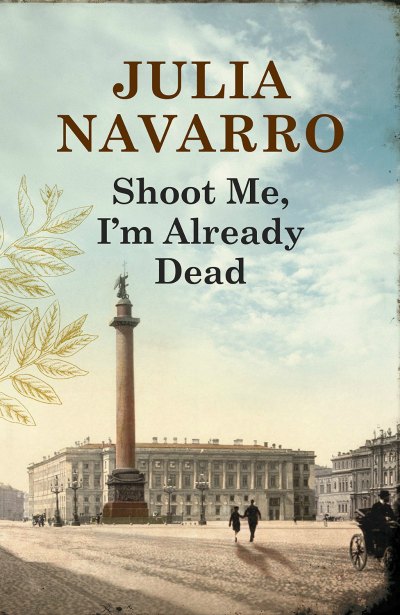 VF.- What is your writing process for you novels?  Is there a certain ritual?
JN.- First there’s an idea that comes to you and it’s the seed of the story that you begin to imagine and then you finish by writing it. I dedicate time to researching documents about the historic period where I will place my characters.

But looking for documentation is easy for a journalist. The only ritual I have is to think about my novels while I take long walks with my dog, Argos. He’s a German Shepherd and a friendly, loyal companion. Argos was also the name of Odysseus’ (the hero of the Odyssey) dog.

When I was little I read a children’s version of the Odyssey and Argos’ story moved me a great deal; he was the only one who recognized Odysseus when he returned to Ithaca. Argos died of happiness after being reunited with his owner. When I’m writing and I suddenly get stuck, or am not satisfied with how I’m telling the story at hand, I go walk with Argos. He spends many hours at my side watching me write. He keeps me company.

VF.- How do you balance your life as a mother, wife and novelist?
JN.- Well, the three come naturally… At home we are all very respectful with what each one does. My husband is a university professor, as well as a journalist and writer. And my son has always seen me writing and working. For him it’s normal having a mother who writes and travels… So that we all support each other in what we do.

VF.- Does your family understand when you have to shut the door to write?
JN.- Of course, my husband also shuts his door to his office when he’s writing and my son the door to his room when he’s studying. We all respect each other’s space. In fact, having the door closed doesn’t mean we’re shutting ourselves off, if my son needs to talk to me he knows all he has to do is walk in.

VF.- What advice do you have for writers?
JN.- I don’t like to give advice. But in any case, I would say to young women writers and to all those who write novels to not give up if publishing houses turn you down. We now have an incredible tool that is the Web at our fingertips, so that we can e-publish. All but putting away that manuscript in a drawer.

VF.- What project are you working on now?
JN.- I’m writing my next novel. I started it in October of last year and I still have a lot of work ahead of me.

VF.- Is there a life lesson that you would like to share?
JN.- Being a journalist has taught me how to listen, and life has taught me to put myself in others’ shoes, to understand their reasoning.

VF.- What books or authors changed your life?
JN.- That edition of the Odyssey for children impacted me, awakened by desire to travel, to dream, to have adventures, to write. Then there are the authors that have left their mark on me, such as Doris Lessing, who I learned to be a feminist by, Virginia Woolf, Tolstoy, Dostoyevsky, Pushkin…and of course, the Spanish Golden Age’s classics, Cervantes, Lópe de Vega, Calderón de la Barca… And now I’m inspired by Coetze.

Viva Fifty! is an online bilingual and multicultural community that celebrates your best age. Midlife and beyond.