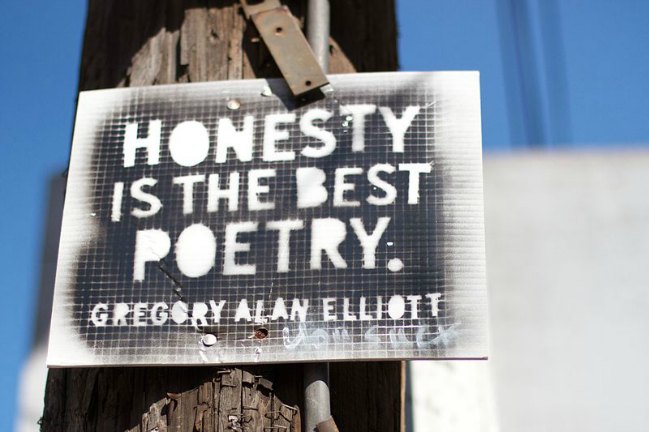 Being honest in life and business is truly an art. We might think that the expression “do not take any wooden nickels” is a facetious one, and indeed it is when we use it as a warning for someone to be careful, especially with her money and business dealings. Yet behind the irony expressed, the phrase carries thousands of years of human experience in sham, deceit, cheating, fraud, scam, double-dealing and the negative reactions we all feel when taken advantage of, when we feel we have been played for a sucker, when we have been ripped off.

The antagonism we feel towards certain professions and the bad reputation they have is due to years of suffering their malevolence, their maltreatment of clients and of those who have business dealings with them. “Collective memory” (La Mémoire collective, 1950) Maurice Halbwachs would have defined this reaction. And it will take generations to change our group mindset and attitudes towards some people because of the way they practice their trade or profession.

Who has not been shortchanged at the check-out-counter?

Who has not been sold a lemon by a car dealer?

Who has not signed an unfair, one-sided contract without going over the small print?

Who has not been overcharged at one time or another?

Who has not cosigned a loan in good faith, to help a friend in need?

Who has not lent a book, or money, only to lose it?

Who has never had the intuition, and the knowledge, of having been ripped off?

Also Read: The Boomer List on PBS, what´s in it for you

The feeling of having been cheated is a desolate one. Being played for a sucker is terrifying. Being duped and fooled leaves one with a bitter taste in one’s mouth. And if you happen to be, like me, a believer in the goodness of humankind, in the good faith of others, in the belief that people are not out to maltreat you in business or in your everyday dealings, then the reaction is one of pain and mental suffering.

Believe it or not, some think that honesty is a benighted concept and justify dishonesty by saying that “business is business.” However, anything for a fast buck is the worst policy a businesswoman should follow. A businesswoman, or an attorney, or a realtor, or barkeep, or merchant…

My first contact with Quakers was in my teens, when I read a biography of William Penn (1644-1718), the founder of Pennsylvania. For several centuries, and even today, I daresay, the term Quaker was a synonym of honesty and fair dealing. Their businesses thrived on the firm foundations of honesty and reputability that became the bedrock of the trust people had in them. Quakers in the World puts it thus: “From the beginning, Quakers brought new standards of truth and honesty to the conduct of business, putting into practice the testimony to Integrity and Truth. People realized they could trust Quakers with their money and in the 18th century this led to the rapid growth of Quaker banks such as Barclays and Lloyds.”

Why all this? Because I have been taken in, duped, the victim of scams plenty of times and I know how it feels. I have been given plenty of wooden nickels in my time. Sure, we can try to do something about it, but the feeling of impotence, helplessness, remains. We end up taking our business somewhere else, and then, perhaps, still somewhere else again… But when we find an honest businesswoman, an honest professional, an honest tradesman, we find bliss, the feeling of comfort, of ease, of trust.

I am not and have never been a businessman, but I have been, and still am, a client, a patron, a guest, a customer, a consumer, a buyer, student, patient, all my life and I am tired of having to be on my guard all the time, always on the alert, on the lookout, for the conman, the shyster, the trickster, the bad practitioner… And that is very taxing and disheartening.

I know that, just as most prison inmates are innocent, we are all honest and aboveboard in our dealings. I try to because, otherwise, I cannot get a good night’s rest, and end up tossing and turning in bed for hours on end. Something tells me that not giving wooden nickels pays in the long run. A sleaze will never prosper… or, on second thought, could I be wrong again?

Delfín Carbonell is a graduate of Duquesne University and the University of Pittsburgh. He holds a Ph.D. in Philology from Madrid and has authored 35 books in both English and Spanish, published by McGraw-Hill, Barron’s, Larousse, Anaya and Serbal. He has taught at Pitt, F&M, Scranton and Murray St. University.